Revision Rhinoplasty: Get the Results You Want 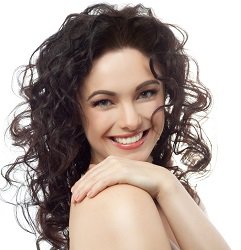 Revision rhinoplasty can be described as a surgical treatment aimed at repairing the form as well as function of your nose after a previous rhinoplasty operation. There are many people who end up being dissatisfied with the way their nose looks after an earlier nasal surgery. They might even have difficulty in breathing. Since rhinoplasty is among the most complicated plastic surgery procedures, secondary surgeries are quite common.

Revision rhinoplasty often involves the harvesting of cartilage from the ear and nasal septum for the creation of grafts. These grafts are used to bolster areas of the nasal architecture in order to correct the defect that causing a cosmetic or functional problem.

Nearly 30 percent of the cases of revision rhinoplasty are done using the closed technique. This means that the incisions are restricted to the nostrils and are not made anywhere on the outside of the nose. Because they are not externally visible, this is also called a scarless nose job. Closed rhinoplasty is less invasive and requires uncovering only the areas which need correction. And as a result, it is often considered less traumatic to the nasal tissues.

The remaining 70 percent of the cases of revision rhinoplasty are open, or external. Here, incisions are required to be made in the internal structure and a tiny, concealed incision is also made at the external base of the patient’s nose, on the columella (the skin separating the nostrils).

There is less pain involved in revision rhinoplasty recovery as compared to a primary rhinoplasty procedure. Pain medication is generally used for relieving any discomfort experienced by the patients after the surgery.

Your doctor will most likely remove the stitches and splint within a week after the procedure. Swelling and bruising generally occur, but this usually subsides by the 10th day. The majority of the patients are able to get back to work in a week after their revision rhinoplasty surgery, but this varies from case to case.

It is important to know that not everything the patient desires is possible to achieve. Your surgeon may provide you with examples of the noses that replicate your specific objectives and concerns. This will also help give a better idea of the surgery and the final results you can achieve.

It is advisable to wait for at least a year prior to undergoing revision rhinoplasty. This is because it takes that much time for the nasal swelling to disappear completely, which will give you a better idea of the final shape of your nose.

It is important to understand that revision rhinoplasty varies in its complexity. It may be a simple cosmetic procedure involving removal of excess residual cartilage or bone in the bridge of the nose. It could also be a highly complicated process that demands total overhauling of the nose.

To find out more about what your revision rhinoplasty may entail, contact the office of Doctors Andrew Ordon and Ritu Chopra, two of the most experienced Beverly Hills plastic surgeons, and arrange your consultation.

No matter what brought you here, a visit with our doctors will bring out the best in you. Call us today to schedule your initial consultation, either in person or online.