The Basics of Nasal Anatomy 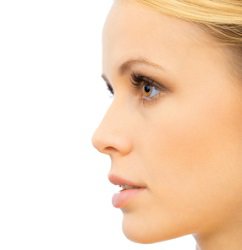 We all have noses, but most of us don’t have a grasp of their basic anatomy and structure. Learning more about nasal anatomy will make it easier to discuss your nasal issues during a rhinoplasty consultation.

The Structure of the Nose

The cavities on the nose that allow air in are called the nostrils. The area that surrounds the nostrils is called alae. The nostrils are separated by the nasal septum.

The nose has a very small part of it that is bony. The bone of the nose exists in the upper third of your nose, and it exists to give your nose height and support. Parts of the frontal, maxilla, and palatine bone contribute to the nasal architecture.

Rhinoplasty involved altering, adding to, removing, and manipulating the shape of the parts of the nose to give it a new appearance.

The nose is an incredibly complex structure, and the information here is only a basic guide to the nasal anatomy. Many of the sections can be broken down into even more detailed structures. For now, it’s best to simply learn the basics so that you can better communicate with your surgeon during a consultation.

Experienced plastic surgeons Doctors Andrew Ordon and Ritu Chopra will be available for rhinoplasty consultations. During a consultation, your Beverly Hills plastic surgeon will evaluate your nose and will discuss your aesthetic goals with you. A surgical plan will then be created. Schedule a consultation by contacting our office today.

No matter what brought you here, a visit with our doctors will bring out the best in you. Call us today to schedule your initial consultation, either in person or online.